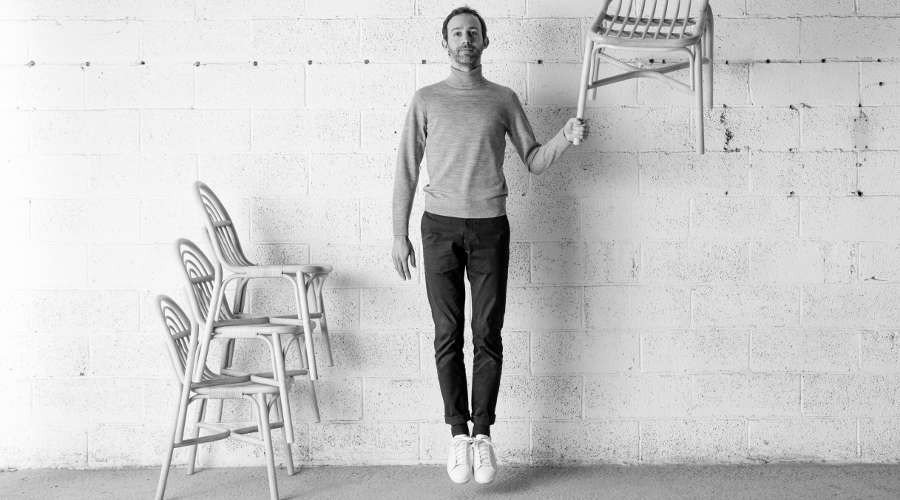 Guillaume Delvigne was born in Saint-Nazaire in 1979. He studied at the "Ecole de Design Nantes Atlantique" and at "Politecnico di Milano". He graduated in 2002 and started his career in Milano, in the agency of George J. Snowden, who co-created the famous Memphis movement. Simultaneously, he started drawing his own objects, including pieces of porcelain for the Italian editor Industreal. In 2004, he settled in Paris and worked on industrial design projects during several years with renowned designers such as RADI Designers, Delo Lindo, Marc Newson, Elium Studio or Cédric Ragot.

In 2001, he launched his studio, opened his first own exhibition at the ToolsGalerie and won the "Grand Prix de la Création de la Ville de Paris". He works now on many different projects for famous French brands like Givenchy, Hermès, Cristal de Sèvres, Habitat and Tefal. He also works in the furniture industry, overseas with editors such as Fabbian or Karakter, in France with young french editors including La Chance, Hartô, Eno and Orchid Edition. His creations are regularly displayed in French and international exhibitions. Some of his designs have been rewarded or figure among permanent collections.

"Guillaume Delvigne's work immediately appealed to us because we felt a desire to build furniture out of rattan and nothing but rattan. Guillaume used all the by-products made from rattan cane: braided rattan core like the baskets, marquetry for flat surfaces reminiscent of floor mats, etc. The in-depth study of traditional designs allowed him to create solid structures with innovative shapes from the start." Tina Ledi