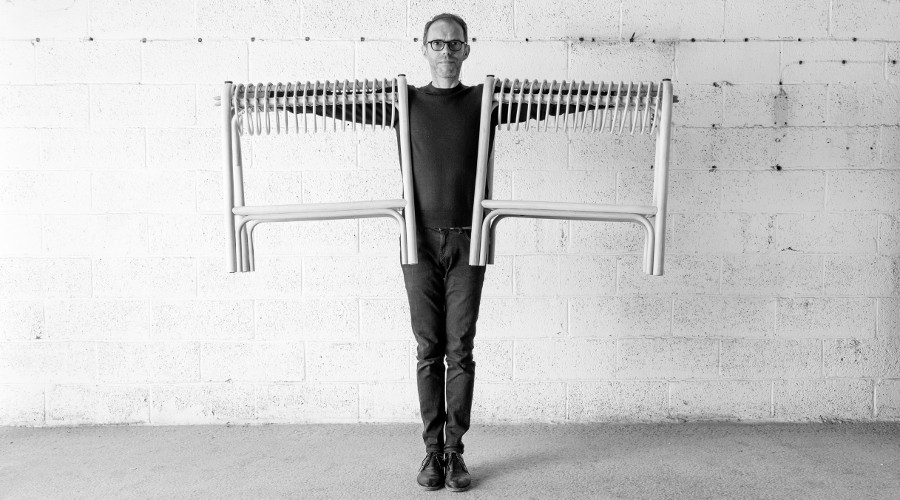 Jean-Michel Policar was bord un 1970. He lives and works in Paris.

He graduated from l'Ecole Nationale Supérieure des Arts Appliqués et des Métiers d’Art, ENSAAMA and entered the Tim Thom (the Thomson design studio) in 1993 under the artistic direction of Philippe Starck. Simultaneously, he answers requests from the VIA with the designer Elsa Francès and received the "Carte Blanche" from the VIA.

In 2006, he received the "Prix du Design" from the Paris Idéobain fair for the "Image d'O" furniture designed for Delpha. He created his design studio in 2007.

In 2012, he created the furniture and signage of the Bercy Village for the Altéra Cogedim group.

In 2017, he collaborates with the artist Alain Bublex and the Cartier Foundation for Contemporary Art for the installation "A l'abri du vent et de la plus" for the Auto Photo exhibition.

He actually teaches at LISAA Paris.

"I try to surprise myself though every projects I work on; the use, the material, the production are behind the idea of an object".